Warm New Year Greetings!
What a year 2009 has been:
The Malawi elections of May 2009 were obviously a major event for Malawi. The results, which gave the Democratic Progresive Party of Bingu wa Mutharika a resounding victory in both the presidential and parliamentary elections were a major highlight and completely changed the political landscape... former President Bakili Muluzi was once again rejected in his attempts to return to State House for the umpteenth time...
As 2010 dawns, there is already plenty to chew and discuss....
....the country is in the middle of a heated debate on whether to change the national flag (as proposed by government) or not...
Meanwhile, the drama involving two gay men that got 'engaged' within the last week of 2009 will continue into 2010 as the two men are brought before court to answer charges...
will there be local government elections or not?...
we will be here again soon to discuss these and other emerging issues.
Once more, a happy and prosperous 2010 to all Malawians and all our friends across the world.
Posted by Boni Dulani at 11:28 PM No comments:

How much do we know about the personal histories of our leaders?

A discussion with a good colleague based in London a few weeks back has gotten me thinking about how little we really know about our leaders.
Hastings Kamuzu Banda (Prime Minister and President, 1961-1994)
Malawi's first President, the late Hastings Kamuzu Banda, might have ruled for nearly three decades, but yet the country knows very little about his personal history. Indeed, his own relations indicated in a Malawi News article in January of 1998 that the first "Ngwazi " did not want, "for reasons only known to himself, his history to be written while he was alive". Well, twelve years after his passing, we still know very little about the man: when exactly was he born? Was it 1906 as the public was made to believe during his reign or was it during the Mwase-Chibisa war of 1896 as has been suggested by some of his relatives? or was it 1898, as Phillip Short suggests in his biography of the man? What was his name at birth? was it Ackim Kamnkhwala Banda as his relations have pointed out and why did he change his name to Hastings Kamuzu Banda? Did he have brothers and were there more sisters? When exactly did he travel to Zimbabwe, South Africa and later to the United States for his university studies? who sponsored him on these trips and why? what else did he do in those countries other than study?
Was Kamuzu ever married? did he have children? If not, why, especially for a man that put Malawi women - his "Mbumba" at the top of his priorities? And what exactly was the role of the "Official Hostess" in Kamuzu's life? Why did Kamuzu always had to speak in English and require a translator (much like many of our numerous pastors today)?

Exit Kamuzu, enter Bakili Muluzi. Perhaps the only one of the three Presidents that we know the most about. The only one of the three Malawi leaders not to have spent a good part of his life outside the country, so much is known about Muluzi's personal story, from Kapoloma village in Machinga on his journey to the Malawi presidency. His marriages, his political abilities (and weaknesses), his business acumen and failures are all a matter of public knowledge.
Bingu wa Mutharika, President, 2004-to date
Now, Bingu wa Mutharika. Although less enigmatic than Kamuzu, Mutharika's personal history is also very sketchy. Born Brightson Webster Ryson Thom, very little (that is convincing at least), is known as to why had to change his original names and adopt the Bingu Mutharika moniker.
Does changing ones nam 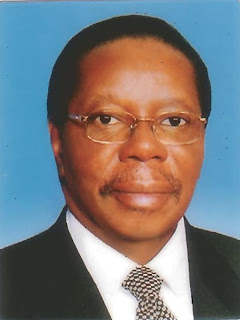 e from Thomu to Mutharika truly disguise one's identity from the agents of the one-party era as has been suggested? What exactly had he done that required such drastic changes in his life as to not only escape from Malawi, but also to change his entire name? (especially when one considers the most famous victims of Banda's dictatorship like Henry Masauko Chipembere, Kanyama Chiume, Orton Chirwa, etc, did not have to change their names in exile)? Even if we are to he had to change names to escape the one party brutality, did his family (read brother) also have to change names? And does Bingu have any other siblings other than his eponymous brother, Peter?
Where exactly did Thomu/Mutharika do his university studies? Did he physically attend the Universities of Delhi in India and the now defunct Pacific Western University to get his MA and PhD respectively? And did he have a Bachelor's Degree before obtaining the MA at the University of Delhi? If yes, where was this obtained?

We read in the run up to last May's elections, there were so many people showing up looking for jobs by claiming to be related to Mutharika. That is perhaps the price to be paid when very little is known about the background of the man holding the highest office in the land.

The bottom line is that we need to learn more about our leaders. In the absence of credible official information, we are left to rumor and speculation. We need people who are willing to take up these subjects and write up the histories of our leaders while they are still alive, or, in the case of the late Banda, to learn more about the man from those that were close to the late president and are still alive to share what they know of the man. Anyone out there willing to take on this project?
Posted by Boni Dulani at 3:06 PM 5 comments: