2011 COMESA Summit: a gathering of tyrants

Consider this: Four of the five Heads of state that attended the just ended COMESA heads of state summit come from countries that are ranked as NOT FREE by Freedom House, which asseses the democratic standing of countries on two composite indices of political rights and civil liberties (see Freedom House's 2011 "Freedom in the World 2011"). Here is the full list:
Burundi:     5 (Partly free)
Eritrea:      7 (Not free)
Sudan:       7 (Not free)
Swaziland: 6 (Not free)
Zimbabwe: 6 (Not free)

In other words, the Heads of states that bothered to come to to Malawi for the just ended COMESA summit trend towards dictators presiding over countries that have extremely low  political rights and civil liberties scores. As a matter of fact, two of the Presidents attending the Lilongwe meeting (Al Bashir and Isaias Afawerki) come from countries that have the lowest possible score on the Freedom House ranking of 7.  Both are cited in the 2011 report as being among the world's most unfree countries, with Eritrea described as an "increasingly repressive police state."
The only country with a presidential delegation at the Lilongwe summit that can claim to come from a somewhat tolerant society is Burundi, whose uninspiring score of 5 falls among the category of countries rated as "Partly Free".
And if anyone is interested to see where these countries rank on the Mo Ibrahim Governance Index, I suggest you start looking from the bottom of the list and go upwards - you will save a lot of time that way. Swaziland is the highest ranked country on the Index, at number 26 among 53 African countries. The rest are: Burundi (37), Eritrea (47), Sudan (48) and Zimbabwe (51).
Given how hard President Bingu wa Mutharika has worked hard to join the exclusive club of African dictators, I am tempted to opine that the 2011 Lilongwe COMESA summit serves as an endorsement of Mutharika's acceptance into this exclusive club of African dictators.  While the presidents that represent COMESA's more progressive democracies have shied away from getting their democratic credentials tainted by associating with Mutharika,  the dictators of the COMESA grouping have felt a natural attraction and have joined their Malawi colleague to cement his entry into the club..
Posted by Boni Dulani at 11:12 AM No comments: 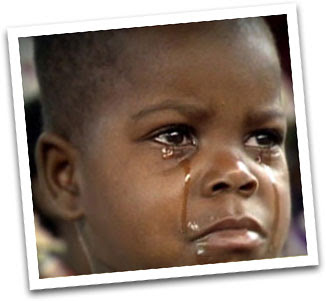 I spent a few weeks in Malawi in the month of September. It was great to be home and to see family and friends after an unusually lengthy break. It was also an opportunity to work on some outstanding projects at home before taking on some new work responsibilities.
I was impressed with how resolute Lecturers at Chancellor College remain in the struggle for Academic Freedom. On a couple of occasions, I walked in solidarity with my colleagues as they took part in their daily freedom walk around the Chirunga campus and sang the abridged version of the national anthem.
I also had the opportunity to watch the Malawi Flames take on Tunisia in an Africa Cup of Nations soccer qualifier game at the Kamuzu Stadium. It is perhaps a reflection of how far Malawi soccer has advanced (well, the national team version that is) that most people came home disappointed with a 0-0 result against one of the giants of African soccer.
Sadly, there were so many challenging encounters that made me somewhat happy to leave it all behind. Driving to Neno on one of the worst roads imaginable or to Nakhunda in Zomba on a road that has no right to be in a city (if one believes the bill board on the road side from Zomba to Nankhunda) made me wonder what stuff the President and his cronies are smoking when they say Malawi has made so much development progress.
The constant struggle for fuel - where the only reliable source of diesel  is Tsangano turn off-  or the frustrating lack of forex in the country,  just demonstrated how challenging life has become in my beloved Malawi. This is not even to mention the high and ever increasing price of commodities.
Now to hear of extra judicial killings of innocent demonstrators and student activists while the  defenders of the regime froth on their mouths with a lot of stupid diatribes; a clue-less civil society that appears to care more about preserving their jobs than standing up for the ordinary citizen, I dread to think where my beloved Malawi will be in a year's time.
A failed leadership, an apathetic public, an incompetent civil society can only translate into a failed state. That is what Malawi has become.
Posted by Boni Dulani at 3:46 PM No comments: