No Justification for High Petrol Prices in Malawi 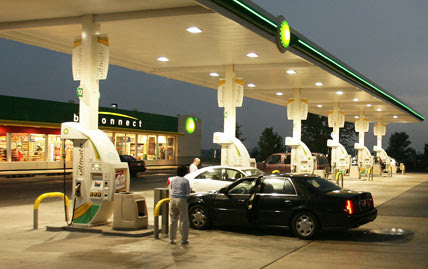 It is not every day that I agree with former President, Bakili Muluzi. Looking back, I can only recall only one moment when I publicly agreed with a decision of his - sending a couple of Malawi Army Helicopters to help in the humanitarian efforts during the devastating Mozambican floods of early 2000.

Be that as it may, I must say I agree wholeheartedly with Muluzi’s recent calls for a reduction in fuel prices in the country and only wish more people joined him on this crusade to compel the government to take action on the crippling and yet unjustifiable high prices of petrol in Malawi.

The rationale behind the demand for fuel price reductions is simple and straightforward. In June this year, the price of a barrel of crude oil on the international market peaked at a whopping $147 a barrel (approximately 159 litres). Understandably, the pump price for petrol products across the world skyrocketed. In Malawi, the pump price for a litre of unleaded petrol shot up to the current K251.20. In neighbouring Zambia, the same was selling at ZK9,646 (equivalent to about MK 420) a litre. In the United States, the cost of a gallon (about 4 litres) shot up to a record $4.20.

Since the peak of June, the price of oil has plummeted by more than 200 percent. By mid December, a barrel of crude oil was selling at the price of $42 (about K6,300).

In response to the declining prices of oil on the international market, most countries have responded by reducing the price that motorists pay at the pump. In the United States, the pump price for a gallon has fallen to as low $1.42 (about K213 or equal to MK53.25 a litre). And, contrary to the uninformed claims by our Finance Minister, Goodal Gondwe, the price of petrol within the region has gone down as well.

In Zambia the government has reduced the price of petrol twice within the last couple of months. In mid September, the price of unleaded petrol was reduced by nearly ZK 2,000 to ZK 7,691. And on 22nd December, the Energy Regulation Board recommended another 24% reduction in the cost of petrol, bringing the price down further to K5, 818 for a litre of petrol. Thus all combined, the cost of petrol in Zambia has fallen by about ZK4,000 between September and December this year.

Elsewhere in the region, Mozambique, Energy Minister, Salvador Namburete announced a 10.2 percent cut in the price of petrol in late November in what he claimed to be a response to “the decline in the oil price on the world market”. Meanwhile, across Malawi’s northern border, Tanzania the country’s Energy Minister, Kiraitu Murungi promised in early December that the government would very soon effect “a major reduction in the cost of petrol”.

Malawi, it would appear, is one of the few countries in the region and perhaps the globe, that seems to be bucking this trend of reducing fuel prices. A few weeks back, our Minister responsible for Energy, Ted Kalebe, responded rather casually to calls for a reduction in fuel prices by claiming that the country will have to wait for another two months or so before a decision is made on whether to reduce the price of petrol or not. And recently, Finance Minister Goodal Gondwe has come out to state that there won’t be any reductions in the near future, giving as an explanation, the unfounded and erroneous argument that other countries in the region have not reduced their prices. What a lie from an otherwise capable custodian of the national purse.

For a country that is as landlocked as ours, oil drives the economy. The bulk of both our imports and exports are transported by land , which effectively means that our trade costs are significantly affected by oil prices. Locally, the cost of living, from bus fares to basic groceries, are determined by the cost of petrol at the pump.

If we are serious about attracting investors, we need to be more proactive, especially in current economic circumstances when there is cut throat competition for investment. By being slow to respond – or indeed, as is the case, not responding at all - we might make some quick gain from the extra revenue that innocent motorists and other consumers of fuel products have to pay and yet pay a heavy price for dissuading potential investors from coming into Malawi.

At the end of the day, I would argue that the system for determining fuel prices in this country is archaic and not at all suited to a 21st century economy. Considering that we are at the mercy of global market forces, let us come up with a mechanism that would lead to the automatic adjustment of prices (both upwards and downwards) in accordance with these global market trends.

The whole set up of having uniform pump prices across the length and breadth of Malawi also needs to be reviewed. I would contend that we need to abandon the whole idea of setting a uniform national price when it is very clear that the cost of shipping oil to all corners of the country differs from place to place. Again, Zambia already has a differential price formula depending on location of the country’s major towns.

As for the larger Malawi public, it is perhaps a reflection of our timidity and inability to challenge those entrusted with exercising government power on our behalf that they act with so much impunity and arrogance. The Ted Kalebes and Goodal Gondwes of this world know that the majority of us will suffer in silence that they can give the flimsiest excuses for not reducing the fuel prices.

While not putting my own country down, I can say with certainty that the excuses given by our leadership to not reducing prices would not be accepted in neighbouring Zambia where the people are more engaged and take particular interest in government decisions and demand credible explanations for decisions that affect their lives. And they don’t come any higher than prices of petrol.