Where was President Mutharika? Gone AWOL?

President Bingu wa Mutharika just returned home this week from a hashed-up holiday in an undisclosed location. That the President is entitled to a holiday like the rest of us is not an issue - and after a grueling and ultimately successful campaign season, who can even begrudge Bingu a breather - perhaps on the seaside in swimming costumes and a glass of beer on the side!
Be that as it may, I feel as a country, we should have been told - at the minimum, that he was going on holiday, even if the destination remained a secret (for whatever reason). But it seems in the typical mode of the Big Man leadership style, the President is not even comfortable saying he is going on holiday to nurture the impression that the Big Man never rests.
The sad part of all this over-secrecy is that rumour quickly fills in the void. Is the President sick and in hospital somewhere? Did the grueling campaign cause some slipped discs requiring unforeseen medical attention? Perhaps he is getting a regular medical check-up? where is he being treated/ checked? In a hospital or is he being prayed for by some faith healers somewhere? Perhaps getting attention from a sing'anga akunja? ?
The long and short of it is that all this unnecessary secrecy, far from propping up the Big Man image that our President and his advisers seem so keen to cultivate, only serves to undermine it. The President would not lose any authority by openly stating that he is going to take a short holiday or even stating that he needs to go for medical check up. He is human after all.
If I am to go on holiday, I just don 't go attending conferences and then decide to extend my stay by taking a holiday. As taxpayers, we are the President's bosses and need to be told what he is doing, and preferably, where. For all the tax-payer money he gets to spend at our expense, the least he can do is to let us know what he is up to. That is not too much to ask.
Posted by Boni Dulani at 10:01 PM No comments:

Who are Malawi's Real Achievers?

The recent awards recognizing the 'achievements' of a few Malawians dished out during the 45th Independence anniversary celebrations raise a number of questions, three of which immediately come to mind. 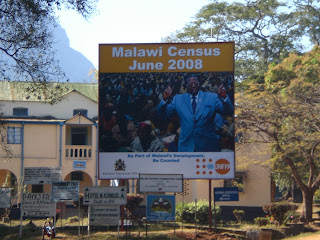 The first question from these awards is how we as a country define achievers? The list of Malawi's supposed achivers that were recognised this last July 6 is dominated by politicians and their closest friends. The first Head of State, the late Kamuzu Banda and the incumbent Bingu wa Mutharika, were both accorded the honorific titles of "Excellent Grand Commander". Didn't Malawians reject Banda in the early 1990s because, as the Catholic Bishops' said in their oft cited Pastoral Letter of 1991 "the majority of [Malawians] live in circumstances which are hardly compatible with their dignity as sons and daughters of God". And hasn't Bingu himself claimed that he had to free into exile to run away from Banda's dictatorship? Didn't some on the list of achievers suffer national ridicule and forced to live the lives of exiles under the very Banda who is being accorded the title of Excellent Grand Commander? And by granting both Banda and Mutharika this highest title, are we to assume their achievements are at par? Now, I do not want to ignore Bingu's achievements in the last five years, but are we as a country satisfied with what has been done so far? There has been some progress in terms of road infrastructure, some bumper maize harvests (paid for the tax payer, not from the President's pockets). But If anyone tells me this merits a double adjectival description, i.e., excellent and grand, I have to say it is so depressing that we have to be satisfied with so little. In my view, Mutharika's achievements, notable as they are, are neither excellent nor grand. They merely stand out because his predecessor set the bar so low, so much that we are seeing a mountain in achievements that are nothing more than an anthill.

My second question is who decides these awards? In the ideal world, one would hope for a more neutral panel to select the awardees. However, looking at the list, it is quite clear that a group of politicians with obvious party leanings sat down and decided who to award and who not to. That Bingu looks up to Kamuzu's as his hero is no secret (despite claiming to have fled the country because of Kamuzu's authoritarian rule). It comes as no surprise then that besides Bingu, Kamuzu is the other recipient of the highest honor a sign that the student feels he is now at the same level with his teacher/ hero. The majority of the names on the list are politicians, both dead and alive, who, although not necessarily affiliated to the ruling DPP, are at least not associated with the current political opposition. While I don't want to begrudge the contributions of most of these sons and daughters of Malawi the recognition they deserve, I am at a loss to understand what a number of the people on the list have contributed to justify their recognition over and above the contributions of others. In particular, what is so special about politicians? My former primary school headmaster, in my view, worked so hard and achieved much more than what most of the people that were recognized last Monday. The likes of Allan Namoko, Archbishop James Chiona, Levi Ziliro Mumba, John Chilembwe, John Gwengwe, Daniel Kachamba- to mention but a few are, in my view, great and genuine achievers that truly stand out, even if a dodgy group of party loyalists overlook their contributions because their recognition does not generate any political mileage for the ruling party.
The third conundrum is the criteria for granting these awards. Does a criterion really exist? Does it make sense to award individuals that are still living, and thus potentially with a lot more achievements yet to come? Is there a clear criteria on measuring what amounts to an achievement that is to be nationally recognized? For example, what have certain opportunist Chiefs achieved other than bestowing meaningless titles on leaders in return for patronage? How do we explain the recognition of Malawians that played roles that are polar opposites to each other, such as those of a former "Life President" and those of a freedom fighter who was imprisoned for standing up to the very same dictator? And further, how does one recognize the achievements of individuals who served as faithful deputies and yet ignore the contributions of the very people they deputized? (Now, this should not be taken to mean I endorse those who suggest former President Muluzi should also have been recognized. But it seems to me if Muluzi's deputy achieved so much, then common sense would imply Muluzi too must have achieved something (whatever that is). 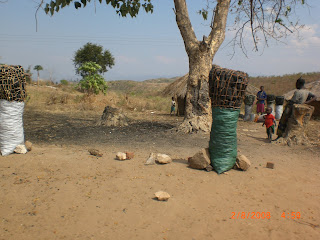 The long and short of it is that these political awards are ridiculous and unnecessary. There are millions of Malawians that are contributing in many meaningful ways. Parents that strive against odds to provide meals to their kids every day; Teachers that continue to educate Malawi's future generation and yet get paid next to nothing; medical practitioners who struggle and improve to serve hundreds of lives in our poorly equipped hospitals; volunteers that are trying to find ways to reduce poverty in our land; poorly paid police officers who are trying their best to bring about peace and security in our midst; pastors and church people that bring comfort and solace to people when politicians are busy sharing the national cake. There are better achievers out there that are simply doing their work and do not expect to be given any awards or titles. The sad part is that these people are made to feel that their contributions are meaningless when we have national events that honor wannabe achievers.