No More Chiefs in Malawi - with Guest Author, Blessings Chinsinga

It is time to abolish the institution of chieftaincy for it has clearly outlived its usefulness. This sounds quite a harsh prognosis but it is surely a necessary evil if we are to turn the corner in our quest for a genuine democratic polity. The institution of chieftaincy is increasingly becoming more of a liability than an asset as a dominant mode for our socio-political organization in both rural and urban areas.

This would be a great shock to most of my colleagues. They would find it extremely difficult to come to terms with my rather abrupt change of heart about chiefs. Not long ago, I published an article in one of the international journals, inspired by my doctoral research, in which I romanticized chiefs a potential anchor of the nascent democratization project.

As embodiments of tradition, my argument was that chiefs were better positioned to enable us incorporate new ideals into our body politic without losing the essential elements of our tradition which would make new concepts about democracy easily understandable.

The alternative school of thought brands chiefs as the single most important obstacle to democratization. It has completely no mercy for chiefs. They are condemned as devoid of progress especially in such areas as political organization, women’s rights, social mobility and economic rights.

However, my article gave chiefs the benefit of doubt as potential positive forces in our quest to domesticate democracy the Malawian way. The gist of my argument was that as a western concept, democracy should be anchored by institutional frameworks rooted in African imageries. This would, in turn, provide the basis for discriminating between change as progress and change for the sake of change.

I was entirely wrong and perhaps too much of an optimist. Day after day the institution of chieftaincy is becoming indefensible. The virtues of chieftaincy that I reified in my article as potential building blocks for an indigenous but robust version of democracy are simply unattainable in view of the conduct of chiefs in recent years. It is difficult to see how chiefs can be held as harbingers of progress when they are prepared to mortgage the future of future generations all for short term selfish interests.

Chiefs have distinguished themselves as the most amazing group of people. They almost always share the opinion on whatever issue comes up. This is quite strange. Isn’t it? From Chitipa to Nsanje, chiefs will have the same views on an issue. Dissent voices of chiefs, if any, are heavily censured or denied a platform altogether. Such chiefs are often threatened with dethronement since the Chiefs Act empowers the Chief Political Officer to expel incumbents if deemed necessary in the national interest.

There is, nevertheless, one single important paradox about chiefs. There is a love-hate relationship between chiefs and their subjects. Survey after survey chiefs are amongst the top most corrupt institutions while at the same time they are considered as the most trustworthy among alternative leadership institutions especially at the grassroots.

The main drawback for chiefs is that they have abused the trust that their subjects bestow upon them in search for short-term self-aggrandizement. It is no longer the question of the greater common good but rather the sheer quest for immediate gratification even at the expense of mortgaging the future of generations yet to come.

Chiefs shamelessly took turns on the public broadcasters in support for the third term. This was incomplete disregard of the popular embodied in the 1994 Republican constitution. Presidential term limit was conceived as a means of preventing the abuse of power by incumbents, a common feature when the presidency becomes like an iron bowl of rice.

This is not all. Chiefs have continued to function as handmaidens for promoting the selfish interests of the political elite. They played a major in advocating for the change of the national flag claiming to speak on behalf of their subjects. These claims may actually be valid but it is just surprising that all chiefs could speak with the same mind on the issue. Chiefs have intervened en masse in the current succession crisis in DPP. They have probably less surprisingly overwhelmingly endorsed a single candidate since their minds tend to work exactly in the same way.

This does not, however, mean citizens including chiefs forfeit their right to constructively engage with a duly elected government. In short, serving the government of the day does not necessarily mean giving it a blank cheque to do as it pleases. Unfortunately, this is the interpretation that our chiefs have chosen to embrace at the expense of the greater common good.

Some chiefs have been reprimanded by their superiors for being excessively partisan in discharging their jobs. However, these chiefs are defiant with a clear sense of impunity. They argue that they will continue to discharge their duties in a one sided political mode on the pretext of serving the government of the day. This is the display of a false sense of consciousness at its best.

This article appeared in the Sunday Times of September 19th, 2010 under the column, "Talking Political Economy"

The two faces of Bingu? 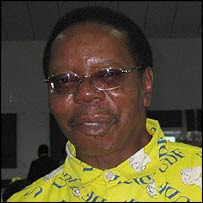 In my recent discussions about Malawi politics with friends and colleagues, a recurring theme has been whether we are now seeing a different Bingu wa Mutharika from the Bingu of 2004-2009. My take is that Bingu has not changed: what have changed are the circumstances of Malawi politics, enabling Bingu to show his true colors more.

Mutharika's first term as Malawi president (2004-2009) has garnered him several accolades. He is is credited for spearheading the fertilizer subsidy, reviving infrastructure construction, getting Malawi's foreign debts wiped off after reaching the completion point of the highly indebted poor country (HIPC) initiative in 2006; promoting new investments, notably in the mining sec 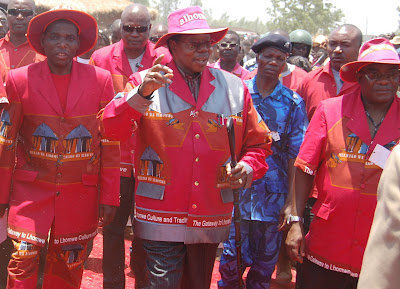 In his first term, Bingu had to cobble together a disparate coalition of mostly opportunistic defectors from the opposition ranks. Yet, even with this, he did not have complete control of the political agenda, as the combined opposition had a majority share of the Parliamentary seats.

To counter the opposition's influence, Mutharika was compelled to appeal to the public as his primary option for political survival. This resulted in a number of populist projects such as the fertilizer subsidy (which, admittedly, was forced on him by the opposition in 2005). One could also argue that the ambitious (but now since stalled) infrastructure construction boom during Mutharika's first term, were an example of the president's populism. Certainly, in most cases, we saw symbolic, yet popular 'Ground breaking ceremonies' for road projects that are yet to start. These and other similarly populist policies propelled Mutharika and his DPP to victory in the 2009 elections.

Not only did Mutharika personally secure the highest proportion of the presidential vote by a candidate in Malawi's last four elections (see this link for a summary of the 2009 general election results), but his party, the Democratic Progressive Party (which, it must be said, has recently demonstrated to be neither democratic nor progressive, but that is a story for another day), won a significant share of the parliamentary seats. The hitherto powerful opposition parties, meanwhile, have been reduced to role players in and outside the National Assembly.

However, recent developments - which include sidelining the vice president; bulldozing the name of the president's brother, Peter Mutharika, to succeed Bingu in 2014; increasingly dictatorial and threatening language by the president; a rubber-stamp Parliament that has oftentimes been bypassed by an overly-powerful Executive (as was the case in the purchase of the presidential jet); government machinations to undermine the weak opposition parties; irrational and frankly, stupendous policy decisions (read the quota system for university selection; flag change; relocation of the University of Science and Technology from Lilongwe to the President's farm at Ndata in Thyolo etc), have all conspired to not only poison the political environment, but have also eroded much of the public goodwill that Mutharika enjoyed in his first term.

So does all this mean Mutharika has changed? The signs and outcomes have certainly changed, but I do not think Bingu the man himself has. Instead, I am strongly of the view that what we are seeing is the true Mutharika. Because of the political climate in which he had to operate between 2004 and 2009, we could not have been able to see this true personality of Bingu, even if the signs were always there in the background. The threats against the opposition for example, were always there throughout his first term. The current ill-treatment of Vice President Joyce Banda, for example, is an almost mirror image of the treatment of Mutharika's first veep, Cassim Chilumpha, who was confined to Mudi House under house arrest for much of Mutharika's first term. The university academics, the media, business leaders, the clergy, among several groups, were all also attacked by Mutharika at one point or another during this period.

To cut a long story short, I believe Mutharika was forced by circumstances to show a different persona between 2004 and 2009. A good case in point, I believe is the recent flag change – listening to the president's comments on the reasoning behind the flag change, one gets the impression that he has always wanted to do this. However, given the precarious position he found himself in during his first term, he could not have succeeded in doing so until after 2009. Comparing the Bingu of today to the Bingu of 2004-2009, we can actually see that this is essentially the same man – a self centered individual who does not listen to advice; one who is keen to only have yes-men around him; an egocentric man who is intolerant of criticism. The main loser in the process is Malawi's democracy, which, as a close friend of mine said recently, is on life-support.